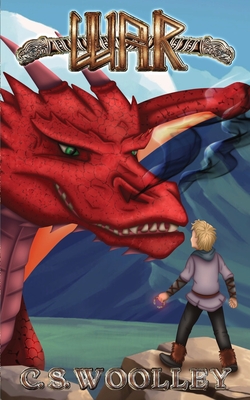 War is coming The council of Jelling has begun With one of the arm rings of Yngvar found, the children of Ribe and their guardian beast, Wifrith, set out to find the remaining seven rings. The warriors from Hedeby have not given up and are determined to find and kill the children of Ribe or face the wrath of their queen, Rena. King Viggo Odinsen is summoned to the council to answer for his aggression towards the people of Ribe, and though the talks are peaceful, underneath the surface, war is brewing. The people of Ribe prepared to defend their homeland from the massing armies of the south But war is the furthest thing from the minds of Erland, Dalla, Christian, Eva and Riki as in order to find the second arm ring of Yngvar, the children have to face a dragon. =+=+= The Children of Ribe is a Viking Saga for children bringing the culture and mythology of the Danish Vikings to life. The book series has been influenced by Enid Blyton, Arthur Ransome, Susan Cooper, J R R Tolkien and C. S. Lewis. Based in Denmark during the time of the Vikings, these books are tales of magic and danger that are suitable for children from the ages of seven and up to read on their own but also perfect for people to read to children from the age of 4. The Children Ribe is a modern fairy tale that brings elements of Danish folklore and mythology to life mixed with elements of Viking culture. These books have been designed to help children with dyslexia to read. You can watch author C.S. Woolley talking about dyslexia and reading from FATE, book 1 in the Children of Ribe series here: https: //youtu.be/EcnKLKa5c98 Whether you are interested in Vikings, studying them at school, or are simply shopping for the perfect gift for your favourite bookworm, the Children of Ribe series is just what you are looking for.