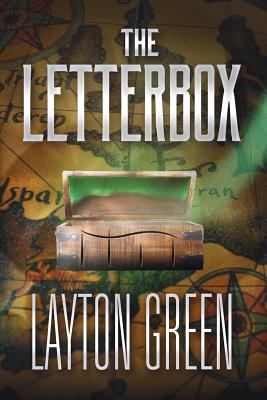 From the bestselling author of The Dominic Grey series comes a thrilling new mystery that weaves danger, exotic locales, breathless suspense, romance, and ancient secrets into the tapestry of an unforgettable novel. What if you had the chance to uncover tangible evidence of the divine? How far would you go, what dangers would you brave, in pursuit of the greatest mystery of all? Four companions of varying beliefs, on a journey to the forgotten corners of Europe, are about to find out. Beneath a fog-enshrouded fen on a desolate English moor, a team of scientists unearths a two-thousand-year-old wooden box, preserved in silver and inlaid with a map of patterned gemstones. A set of runes, carved in an obscure language into the side of the box, claims the map is a pathway to God. In an attempt to decipher the map, a wealthy New Orleans collector assembles an unlikely team: a specialist in cultural antiquities who dabbles in the occult; a jaded attorney searching for meaning; a brilliant linguist who loathes organized religion; and a Catholic historian with a reputation for acquiring pieces no one else can or will. Shackled by secrets and hidden motives, pursued by a sinister religious order, driven by an insatiable desire for answers, the four companions trek across Europe as they search for a connection among the ancient sites revealed by the map. As the hunt for truth takes them deeper into the unknown, their lives and perhaps their souls in peril, they must determine whether the letterbox is part of an elaborate, centuries-old deception-or the answer to mankind's ultimate questions.

Layton is a bestselling mystery/suspense/thriller writer and the author of the Dominic Grey series, as well as other works of fiction. His novels have been optioned for film, nominated for multiple awards (including a finalist for a prestigious International Thriller Writers award), and have reached #1 on numerous genre lists in the United States, the United Kingdom, and Germany. His latest novel, The Shadow Cartel, was a #2 bestseller on Amazon UK. In addition to writing, Layton attended law school in New Orleans and was a practicing attorney for the better part of a decade. He has also been an intern for the United Nations, an ESL teacher in Central America, a bartender in London, a seller of cheap knives on the streets of Brixton, a door to door phone book deliverer in Florida, and the list goes downhill from there. Layton lives with his wife and children in North Carolina. You can visit him on Facebook, Goodreads, Library Thing, or on his website (www.laytongreen.com).
Loading...
or support indie stores by buying on