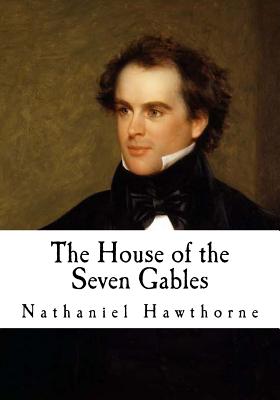 The House of the Seven Gables

The House of the Seven Gables by Nathaniel Hawthorne - A Gothic Novel - Complete Classics - The House of the Seven Gables is a Gothic novel written beginning in mid-1850 by American author Nathaniel Hawthorne and published in April 1851 by Ticknor and Fields of Boston. The novel follows a New England family and their ancestral home. IN September of the year during the February of which Hawthorne had completed "The Scarlet Letter," he began "The House of the Seven Gables." Meanwhile, he had removed from Salem to Lenox, in Berkshire County, Massachusetts, where he occupied with his family a small red wooden house, still standing at the date of this edition, near the Stockbridge Bowl. "I sha'n't have the new story ready by November," he explained to his publisher, on the 1st of October, "for I am never good for anything in the literary way till after the first autumnal frost, which has somewhat such an effect on my imagination that it does on the foliage here about me-multiplying and brightening its hues." But by vigorous application he was able to complete the new work about the middle of the January following. Since research has disclosed the manner in which the romance is interwoven with incidents from the history of the Hawthorne family, "The House of the Seven Gables" has acquired an interest apart from that by which it first appealed to the public. John Hathorne (as the name was then spelled), the great-grandfather of Nathaniel Hawthorne, was a magistrate at Salem in the latter part of the seventeenth century, and officiated at the famous trials for witchcraft held there.