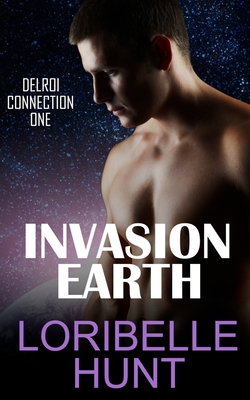 In the distant future, Earth is ravaged by war and famine, and after generations of bloodshed settles into peace only to be invaded by the alien Delroi. General Alrik Torfa needs a mate and his seers promise mates for many of his people on the distant planet Earth. He doesn't expect her to come easily, but is more than a little surprised to find her leading an enemy army. Outmanned and outgunned, there is no way the Earth forces can win. Sergeant Major Laney Bradford has always played her part and served her people well, but the Delroi's surrender demands are a bit extreme. Marriage to one of them? Not likely. But she's fought for peace her entire life and when surrender talks are threatened by a conspiracy lead by her people, Laney must choose. Will she submit to the alien invader or lead the fight against him?

Loribelle is a former Army MP who traded in her combat boots for motherhood, flip flops, and all the Diet Coke she can drink. (She almost misses the combat boots.) She's the author of more than 20 books, herder of three energetic children, and occasional sun worshipper. Loribelle can be found on the web at www.loribellehunt.com or https: //www.facebook.com/loribelle.hun
Loading...
or support indie stores by buying on