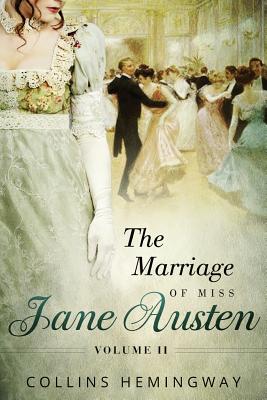 The Marriage of Miss Jane Austen

Jane Austen Lived a Quiet, Single Life-Or Did She?

Tradition holds that Jane Austen lived a proper, contemplative, unmarried life. But what if she wed a man as passionate and intelligent as she-and the marriage remained secret for 200 years?

The Marriage of Miss Jane Austen resolves the biggest mystery of Austen's life-the "lost years" of her twenties-of which historians know virtually nothing.

- Why the enduring rumors of a lost love or tragic affair?

- Why, afterward, did the vivacious Austen prematurely put on "the cap of middle age" and close off any thoughts of finding love?

- Why, after her death, did her beloved sister destroy her letters and journals?

The Marriage of Miss Jane Austen trilogy answers these questions through a riveting love affair based on the history of the times and the details of Austen's own life.

"A skillful portrayal of an early nineteenth-century literary icon takes this historical romance on an imaginative journey of the soul." -Foreword CLARION Reviews, 4 stars

"Hemingway captures the energy of the times, while also writing with the irony and sly humor of Austen herself." -Blueink Starred Review

Whether his subject is literature, history, or science, Collins Hemingway has a passion for the art of creative investigation. For him, the most compelling fiction deeply explores the heart and soul of its characters, while also engaging them in the complex and often dangerous world in which they have a stake. He wants to explore all that goes into people's lives and everything that makes them complete though fallible human beings. His fiction is shaped by the language of the heart and an abiding regard for courage in the face of adversity. Hemingway has also written award-winning nonfiction. As a nonfiction book author, Hemingway has worked alongside some of the world's thought leaders on topics as diverse as corporate culture and ethics; the Internet and mobile technology; the ins and outs of the retail trade; and the cognitive potential of the brain. Best known for the #1 best-selling book on business and technology, "Business @ the Speed of Thought," which he coauthored with Bill Gates, he has earned a reputation for tackling challenging subjects with clarity and insight, writing for the nontechnical but intelligent reader. He has published shorter nonfiction on topics including computer technology, medicine, and aviation, and he has written award-winning journalism. Published books: "The Marriage of Miss Jane Austen, " Volumes I and II Business @ the Speed of Thought, with Bill Gates Built for Growth, with Arthur Rubinfeld What Happy Companies Know, with Dan Baker and Cathy Greenberg Maximum Brainpower, with Shlomo Breznitz The Fifth Wave, with Robert Marcus
Loading...
or support indie stores by buying on