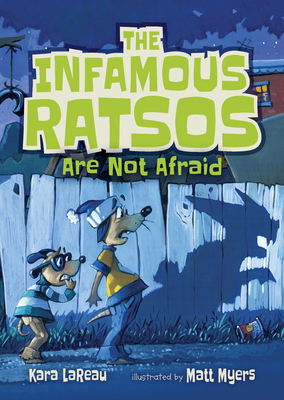 The Infamous Ratsos Are Not Afraid

Short chapters with lots of cartoonlike pictures make this perfect for those starting to read chapter books.
—Providence Journal

Matt Myers is the illustrator of E-I-E-I-O: How Old MacDonald Got His Farm with a Little Help from a Hen by Judy Sierra, and Pirate’s Perfect Pet by Beth Ferry, as well as many other books for young readers. Matt Myers lives in Charlotte, North Carolina.
Loading...
or support indie stores by buying on