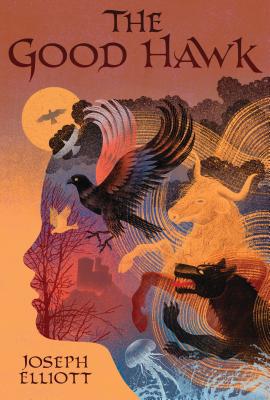 In a mythic Scotland, two unlikely heroes must make a dangerous journey to save their people.

Agatha is a Hawk, brave and fierce, who protects her people by patrolling the high walls of their island home. She is proud of her job, though some in her clan whisper that it is meant to keep her out of the way because of the condition she was born with.Jaime, thoughtful and anxious, is an Angler, but he hates the sea. Worse, he’s been chosen for a duty that the clan hasn’t required for generations: to marry. The elders won’t say why they have promised him to a girl in a neighboring clan, but there are rumors of approaching danger.When disaster strikes and the clan is kidnapped, it is up to Agatha and Jaime to travel across the haunted mainland of Scotia to Norveg, with help along the way from a clan of nomadic Highland bull riders and the many animals who are drawn to Agatha’s extraordinary gift of communication. Thrilling and dark yet rich with humor and compassion, this is the first book in the Shadow Skye trilogy, written by a wonderful new voice in fantasy and introducing a welcome new kind of hero.

Elliott’s debut, the first in a new series, celebrates differences and takes two unlikely heroes on a journey of overcoming fear, discovering courage, exploring new beliefs, and understanding the strength it takes to be heroes.
—Booklist

Loosely based on Norse mythology and the Viking Age, readers will be attracted to the uniquely flawed yet determined characters who gain confidence and self-worth from the perils they encounter. Readers will clamor for the next title in this riveting series. Meanwhile, pair this with Lloyd Alexander and Susan Cooper.
—School Library Connection

Readers will be swept up in this story of unique heroes, new voices, and Scottish mythos. This is a natural next step for fans of Rick Riordan and mythology.
—School Library Journal

Joseph Elliott is a writer, teacher, and actor known for his work in children’s television. The Good Hawk is his first book. He lives in London.
Loading...
or
Not Currently Available for Direct Purchase