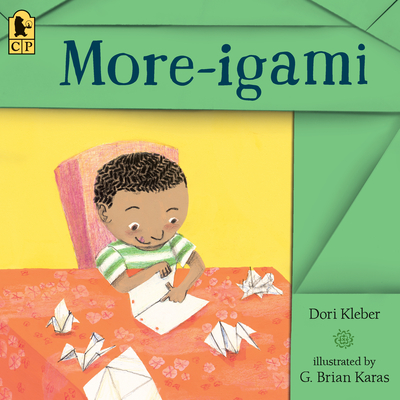 More-igami is Dori Kleber's picture-book debut, and she tells her story with both gentleness and wit, and plenty of playful repetition for storytime. G. Brian Karas (Muncha, Muncha, Muncha!; Tap Tap Boom Boom) reflects her clean style with winsome, expressive gouche and pencil paintings. In a brilliant design coup, some of the pages have faint fold marks. Children who catch origami fever can fold their own ladybug using the step-by-step instructions in the back, and more and "more-igami" is sure to follow. Masterful.
—Shelf Awareness for Readers

G. Brian Karas has illustrated more than ninety children’s books, including two books about Ant and Honey Bee by Megan McDonald, Tap Tap Boom Boom by Elizabeth Bluemle, and the New York Times Best Illustrated Children’s Book Are You Going to Be Good? by Cari Best. G. Brian Karas lives in the Hudson Valley of New York.
Loading...
or
Not Currently Available for Direct Purchase