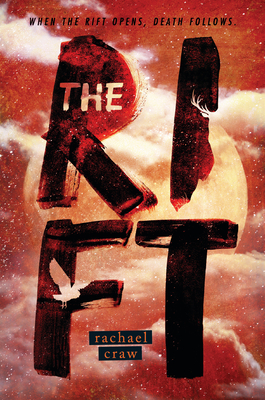 As corporate greed is pitted against supernatural forces, two young friends must try to protect the precious Old Herd — and their island itself.

For generations, the rangers of Black Water Island have guarded the Old Herd against the horrors released by the Rift. And Cal West, an apprentice ranger, fights daily to prove he belongs within their ranks. But even greater challenges await with the return of his childhood friend Meg Archer and the onset of a new threat that not even the rangers are prepared for. Now Meg and Cal, while struggling with their mutual attraction, must face their darkest fears to save the island from disaster. In a possible near future where Big Pharma is pitted against ancient traditions and the supernatural, Rachael Craw’s gripping and brutal tale, inspired by Greek mythology, will immerse readers and leave them intoxicated by its richly imagined world.

Praise For The Rift…

Fantasy and reality are deftly interwoven, making suspension of disbelief possible. The action unfolds swiftly; events of the past are revealed at a subtle pace...A delicious blend of survival, fantasy, and romance.
—Kirkus Reviews

Rachael Craw worked as an English teacher after completing a degree in classical studies and drama at the University of Canterbury in New Zealand, and her enthusiasm for classical heroes, teen angst, and popular culture informs much of her creative process. The author of the award-winning Spark series, which has been optioned for film, she makes her American publishing debut with The Rift. Rachael Craw lives in New Zealand.
Loading...
or support indie stores by buying on