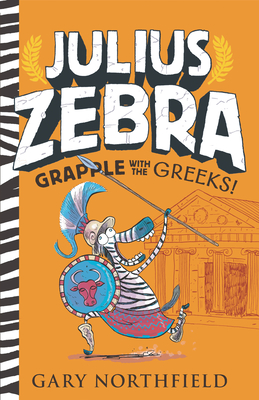 Grapple with the Greeks!

It’s all Greek to Julius Zebra and his pals in this fourth exciting, action-packed, hilarious adventure brimming with entertaining facts about the ancient world.

On a mission from Heracles to find his lost Golden Apple, Julius and his pals come face-to-face with a minotaur in a labyrinth, must find some way to trick a one-hundred-headed dragon at the Garden of Hesperides, and wind up in the palace of King Midas himself. But what on earth will the gods on Mount Olympus have to say about the gang’s antics in the underworld? Madcap hijinks abound in another adventure with broad appeal for fans of historical fiction and comedy alike.

Gary Northfield, author of the Julius Zebra series, is well known for his Derek the Sheep comic strip and has been writing and drawing comics for fifteen years. He lives in England.
Loading...
or support indie stores by buying on