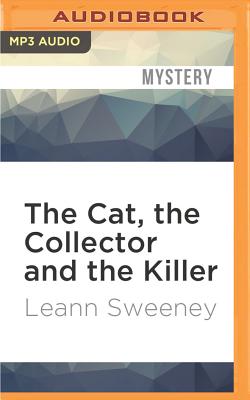 The Cat, the Collector and the Killer

In the latest mystery from the New York Times best-selling author of The Cat, the Sneak and the Secret, a cat collector is suspected of murder.

Jillian Hart and police chief Tom Stewart are enjoying peaceful, newly wedded bliss in Mercy, South Carolina, until a woman is found wandering the streets one night. She's in her nightclothes, disoriented, and carrying a kitten in a tote bag. A search of the woman's house reveals many more cats, a maze of cardboard boxes - and a dead man.

Although the evidence suggests the frail woman is the killer, Jillian doesn't believe she's capable of such a crime. The dead man had many enemies in town, which means finding the real murderer may prove to be its own cat and mouse game....