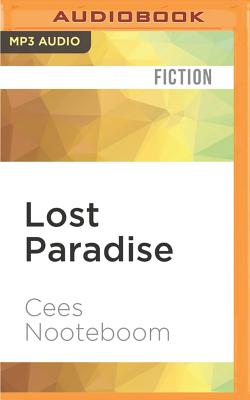 In Lost Paradise, Nooteboom sets out to connect two seemingly unrelated strangers whom he has glimpsed on his travels, and to explore the major impact that small interactions can have on the course of our journeys. A beautiful woman aboard a Berlin-bound flight becomes Alma, a young lady who leaves her parents' Sao Paolo home on a hot summer night in a fit of depression. Her car engine dies in one of the city's most dangerous favelas, a mob surrounds her, and she is pulled from the automobile. To escape her memory of the assault, she flees across the world, to Australia, where she becomes involved in the beautiful but bizarre Angel Project. Not long after, Dutch literary critic Erik Zontag is in Perth, Australia, for a conference. He has found a winged woman curled up in a closet in an empty house. He reaches out, and for a second allows his fingertips to brush her feathers - and then she speaks. The intersection of their paths illuminates the extraordinary coincidences that propel our lives.