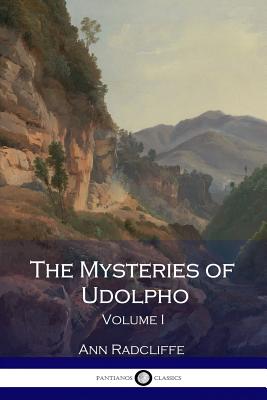 This edition contains the first volume of The Mysteries of Udolpho, together with the poetry and verse which makes the story so unique and treasured.
Unusual for interspersing poems from previous centuries throughout its pages, The Mysteries of Udolpho is a novel in four volumes which follows the adventures of Emily St. Aubert and her father as they travel south from their native Gascony, through the Pyrenees mountains, and onto the idyllic Mediterranean coastal region of Roussillon. Throughout the journey young Emily is inspired by the mountain peaks, comparing the heights with many of the poems with which she is familiar.
Encountering a handsome young nobleman named Sue Valancourt Brown, who possesses an uncanny affinity to nature and the natural world, Emily quickly falls for him. However, her chances of marriage are spoiled when her father succumbs to a long illness - back in France, her aunt has married an apparently Italian noble named Montoni who treats both her and Emily with only cruel disregard in the gloomy keep of Udolpho.
The Mysteries of Udolpho is a bounding work in which aesthetics, romance and gothic literature intertwine. In addition, the book's frequent quoting of verse lends a cultured and lyrical element, conferring further meaning to the drama as it unfolds. Owing to its eclecticism, the work has been much read and referenced in literary circles.
First published in 1794, the novel may be considered both as a fine story in its own right, and as a celebration of the literary poets of the Renaissance and Enlightenment eras. It was also famously the target of a satire by Jane Austen, in her book Northanger Abbey.