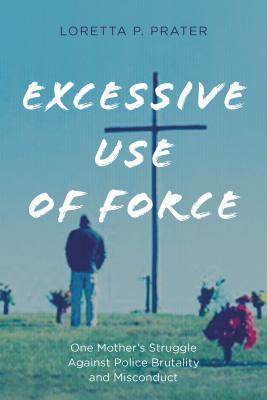 Excessive Use of Force

One Mother's Struggle Against Police Brutality and Misconduct

The vast majority of the law enforcement officers in this country perform their very difficult jobs with respect for their communities and in compliance with the law. Even so, there have been incidents in which this was not the case. Police brutality and misconduct has been under the microscope for the last several years, and Loretta Prater brings these issues to light through research reports and numerous examples of cases, including the personal case of her son. On January 2, 2004, Leslie Vaughn Prater, Loretta Prater's unarmed son, was a homicide victim in Chattanooga, Tennessee. His death resulted from an altercation with four police officers. Excessive Use of Force: One Mother's Struggle Against Police Brutality and Misconduct is the account of an African American family's personal experience with police brutality and misconduct, the behind the scene dynamics, as well as the personal emotional trauma experienced by victims' families. While written from the perspective of a mother, Prater brings a good balance of personal and outside information. She allows the reader to see inside her story but successfully includes secondary analysis of research and related stories of others who have experienced similar situations resulting from police officer misconduct. Excessive Use of Force engages the reader in this serious and important topic of police brutality and misconduct.

Loretta Prater, PhD, is a retired professor and dean of the College of Health and Human Services at Southeast Missouri State University, where she provided administrative oversight for the Department of Criminal Justice and Sociology and a Regional Police Academy. She has served on numerous boards in various communities and states, including as the president of the Southeast Missouri Chapter of the United Way. She currently is a member of the Family and Community Trust Board of Missouri, and is the Chairperson of the Community Advisory Council for the Missouri Foundation for Health.
Loading...
or
Not Currently Available for Direct Purchase