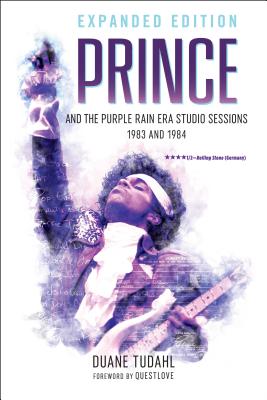 Featuring insights on even more groundbreaking recording sessions, rehearsals, and sound checks, the expanded edition of Duane Tudahl's award-winning book pulls back the paisley curtain to reveal the untold story of Prince's rise from cult favorite to the biggest rock star on the planet. His journey is meticulously documented through detailed accounts of his time secluded behind the doors of the recording studio as well as his days on tour. With unprecedented access to the musicians, singers, and studio engineers who knew Prince best, including members of the Revolution and the Time, Duane Tudahl weaves an intimate saga of an eccentric genius and the people and events who helped shape the groundbreaking music he created. From Sunset Sound Studios' daily recording logs and the Warner Bros. vault of information, Tudahl uncovers hidden truths about the origins of songs such as "Purple Rain," "When Doves Cry," and "Raspberry Beret" and also reveals never-before-published details about Prince's unreleased outtakes. This definitive chronicle of Prince's creative brilliance during 1983 and 1984 provides a new experience of the Purple Rain album as an integral part of Prince's life and the lives of those closest to him.

Duane Tudahl has worked in entertainment for over twenty-five years and has produced and/or directed documentary programming for the History Channel, CBS, GTV, Fox, Discovery, Pax, the Gospel Music Channel, the Food Channel, Tru-TV, and HGTV, among others. He has also been an editor on multiple Emmy-nominated programs, including Intervention, Unsolved Mysteries, and Cops. He is a former stand-up comic and has been writing about Prince and the Minneapolis music scene for two decades. He lives in Los Angeles.
Loading...
or support indie stores by buying on