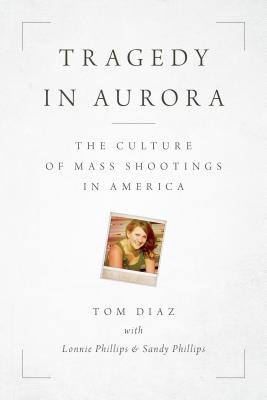 The Culture of Mass Shootings in America

Tragedy in Aurora is about the 2012 murder of budding sports journalist Jessica (Jessi) Redfield Ghawi in a public mass shooting, and the widening circle of pain it inflicted on her family, friends, police, medical first responders, and others. The book is at the same time a deep examination of the causes and potential cures of the quintessential 21st century American sickness--public mass shootings. At the heart of that examination is an unpacking of America's deep polarization and political gridlock. It addresses head on the question of why? Why is American gun violence so different from other countries? Why does nothing seem to change? The "Parkland kids" inspired hope of change. But the ultimate questions stubbornly remain--what should, what can, and what will Americans do to reduce gun violence? Tragedy in Aurora argues that the answer lies in a conscious cultural redefinition of American civic order. Over recent decades, America has defined a cultural "new normal" about guns and gun violence. Americans express formalistic dismay after every public mass shooting. But many accept gun violence as an inevitable, even necessary, and to some laudable part of what it means to be "American." Although Americans claim to be shocked with each new outrage, so far they have failed to coalesce around an effective way to reduce gun death and injury. The debate is bogged down in polarized and profoundly ideological political and cultural argument. Meanwhile, America continues to lead the globe in its pandemic levels of gun deaths and injuries. Combined with the cynical "learned helplessness" of its politicians, the result is gridlock and a growing roll of victims of carnage. Is there a path out of this cultural and political gridlock? Tragedy in Aurora argues that if America is to reduce gun violence it must expand the debate and confront the fundamental question of "who are we?" Tom Diaz gives a new understanding of American culture and the potential for change offered by the growing number and ongoing organization of victims and survivors of gun violence. Without conscious cultural change, the book argues, there is little prospect of effective laws or public policy to reduce gun violence in general and public mass shootings in particular.

Tom Diaz is a retired lawyer, former journalist, writer, and gun owner who has authored a number of non-fiction books, monographs and articles about crime, terrorism, and firearms. He has been a guest on CNN, HLN, MSNBC, NPR, and other national and foreign news media. Diaz is the author of Making a Killing: The Business of Guns in America (1999), Lightning Out of Lebanon: Hezbollah Terrorists on American Soil (with Barbara Newman) (2005), No Boundaries--Transnational Latino Gangs and American Law Enforcement (2009), and The Last Gun: How Changes in the Gun Industry Are Killing Americans and What It Will Take to Stop It (2013). He was Democratic counsel to the U.S. House of Representatives Subcommittee on Crime and Criminal Justice from 1993 to 1997, where his specialties included terrorism and firearms regulation. He was senior policy analyst at a Washington-based gun violence reduction organization from 1997 to 2012.
Loading...
or
Not Currently Available for Direct Purchase