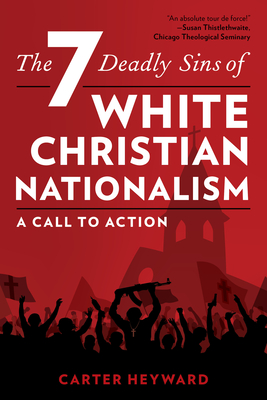 A Call to Action (Religion in the Modern World)

Hear the call to overcome today's culture of hate and bring healing and hope into our life together. While right-wing conservatives dare to call themselves Christians as they tear down equality and justice, commit horrific acts of violence, and fan the flames of fascism in America, Carter Heyward issues a call to action for Christians to truly hear God's message of peace and love. Heyward shows how American Christians have played a major role in building and securing structures of injustice in American life. Rising tides of white supremacy, threats to women's reproductive freedoms and to basic human rights for gender and sexual minorities, the widening divide between rich and poor, and increasing natural disasters and the extinction of Earth's species--all point to a world crying out for God's wisdom. Followers of Jesus must first call out these ingrained and sinful attitudes for what they are, acknowledging what the culture of white Christian nationalism is doing to our country and our world, and commit ourselves ever more fully to generating justice-love, whoever and wherever we are.

Carter Heyward is an American feminist theologian and priest in the Episcopal Church, the province of the worldwide Anglican Communion in the United States. In 1974, she was one of the Philadelphia Eleven, eleven women whose ordinations eventually paved the way for the recognition of women as priests in the Episcopal Church in 1976. Heyward is the author of some eleven books and has edited / contributed to a further three. Her most recent books are Tears of Christopena: Mystical Musings on Grief, Evil, and Godding and SheFlies On: A White Christian Debutante Wakes Up. She lives the North Carolina mountains south of Asheville.
Loading...
or support indie stores by buying on