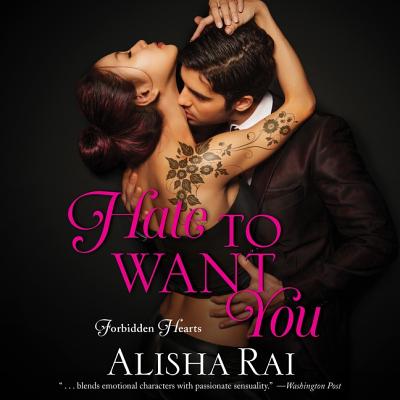 Hate to Want You

Alisha Rai, one of contemporary romance's brightest stars, makes her Avon Books debut with the first novel in the sexy Forbidden Hearts series

One night. No one will know.

That was the deal. Every year, Livvy Kane and Nicholas Chandler would share one perfect night of illicit pleasure. The forbidden hours let them forget the tragedy that haunted their pasts--and the last names that made them enemies.

Until the night she didn't show up.

Now Nicholas has an empire to run. He doesn't have time for distractions and Livvy's sudden reappearance in town is a major distraction. She's the one woman he shouldn't want . . . so why can't he forget how right she feels in his bed?

Livvy didn't come home for Nicholas, but fate seems determined to remind her of his presence--and their past. Although the passion between them might have once run hot and deep, not even love can overcome the scandal that divided their families.

Being together might be against all the rules . . . but being apart is impossible.