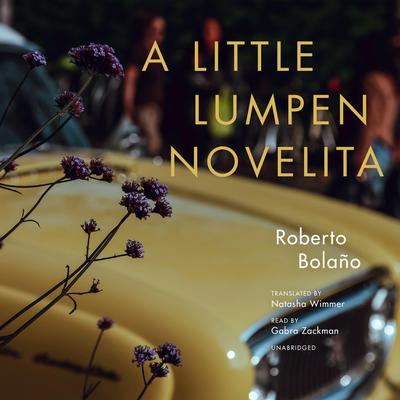 "Now I am a mother and a married woman, but not long ago I led a life of crime." So Bianca begins her tale of growing up the hard way in Rome in A Little Lumpen Novelita.Orphaned overnight as a teenager-"our parents died in a car crash on their first vacation without us"-she drops out of school and gets a crappy job. At night, she is plagued by a terrible brightness, and soon she drifts into bad company. Her little brother brings home two petty criminals who need a place to stay. As the four of them share the family apartment and plot a strange crime, Bianca learns she can fall even lower.Electric and tense with foreboding, with its jagged, propulsive short chapters beautifully translated by Natasha Wimmer, A Little Lumpen Novelita-one of the last novels Roberto Bolano published-delivers a surprising, fractured fairy tale of taking control of one's fate.

Roberto Bolano (1953-2003) was born in Santiago, Chile, and later lived in Mexico, France, and Spain. He has been acclaimed by the Los Angeles Times as "by far the most exciting writer to come from south of the Rio Grande in a long time" and as "the real thing and the rarest" by Susan Sontag. Among his many prizes are the prestigious Premio Herralde de Novela and the Premio Romulo Gallegos. Bolano is widely considered the greatest Latin American writer of his generation. He wrote nine novels, two story collections, and five books of poetry before his death at the age of fifty.