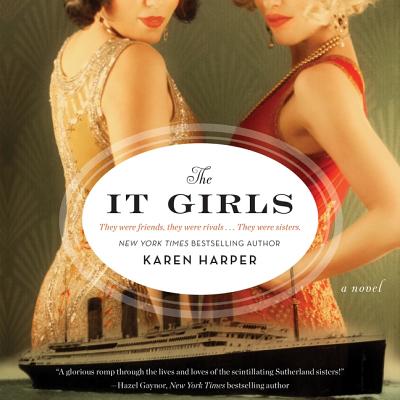 The It Girls Lib/E

They rose from genteel poverty, two beautiful sisters, ambitious, witty, seductive. Elinor and Lucy Sutherland are at once each other's fiercest supporters and most vicious critics.Lucy transformed herself into Lucile, the daring fashion designer who revolutionized the industry with her flirtatious gowns and brazen self-promotion. And when she married Sir Cosmo Duff-Gordon her life seemed to be a fairy tale. But success came at many costs--to her marriage and to her children . . . and then came the fateful night of April 14, 1912 and the scandal that followed.

Elinor's novels titillate readers, and it's even asked in polite drawing rooms if you would like to "sin with Elinor Glyn?" Her work pushes the boundaries of what's acceptable; her foray into the glittering new world of Hollywood turns her into a world-wide phenomenon. But although she writes of passion, the true love she longs for eludes her.

But despite quarrels and misunderstandings, distance and destiny, there is no bond stronger than that of the two sisters--confidants, friends, rivals and the two "It Girls" of their day.