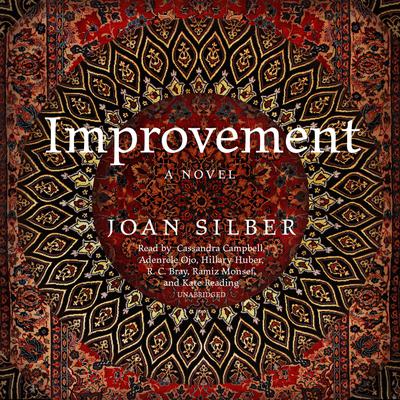 One of our most gifted writers of fiction returns with a bold and piercing novel about a young single mother living in New York, her eccentric aunt, and the decisions they make that have unexpected implications for the world around them.Reyna knows her relationship with Boyd isn't perfect; yet she sees him through a three-month stint at Riker's Island, their bond growing tighter. Kiki, now settled in the East Village after a youth that took her to Turkey and other far-off places-and loves-around the world, admires her niece's spirit but worries that motherhood to four-year-old Oliver might complicate a difficult situation. Little does she know that Boyd is pulling Reyna into a smuggling scheme across state lines, violating his probation. When Reyna takes a step back, her small act of resistance sets into motion a tapestry of events that affect the lives of loved ones and strangers around them.A novel that examines conviction, connection, repayment, and the possibility of generosity in the face of loss, Improvement is as intricately woven together as Kiki's beloved Turkish rugs, as colorful as the tattoos decorating Reyna's body, with narrative twists and turns as surprising and unexpected as the lives all around us.

Joan Silber is the author of the story collection Fools, which was long-listed for the National Book Award and nominated for the PEN/Faulker Award. Her first novel, Household Words, won the PEN/Hemingway Award. She has published five other books of fiction, including Ideas of Heaven: A Ring of Stories, a finalist for the National Book Award and the Story Prize, and The Size of the World, a finalist for the Los Angeles Times Prize in Fiction and one of the Seattle Times' 10 Best Books of Fiction. Her work has appeared in the Paris Review, the New Yorker, Agni, Ploughshares, Boulevard, and Epoch, among other publications.