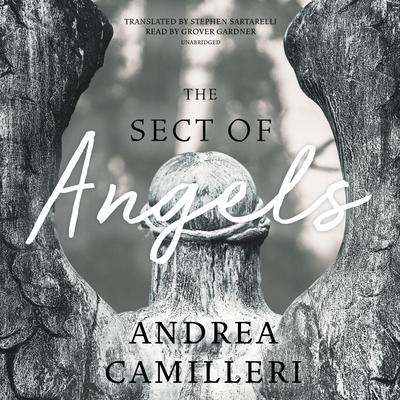 The Sect of Angels (Digital Audiobook)

Based on a true story and told with the pacing, humor, and thrills of a Mediterranean mystery, Andrea Camilleri’s novel tells of a turn-of-the-century Sicilian scandal that revealed a tendency that is with us still: the refusal to accept the truth.

The lawyer and journalist Matteo Teresi discovers the existence of a secret sect whose members include priests, politicians, and regional VIPs. During the early morning hours, when the town’s churches are closed, the “Sect of the Angels” meets in the sacristy to carry out their holy office: initiating devout virgins into the rites of married life. Preying on their victims’ naivete, the hooded “elect” commit ignominious acts while promising the young women divine grace.

In 1901, at a time of immense changes in Sicilian society, the scandal breaks nationwide. But far from being hailed as a hero, Teresi is accused of disrupting the status quo and irrationally blamed for an outbreak of disease and a series of calamities.

From the salons, churches, and social clubs of Sicily to the country’s highest courts, Camilleri’s novel is a fast-paced, at times funny, passionately rendered portrait of the machinations of power and the difficult destiny of a local hero.

Andrea Camilleri (1925–2019) wrote the internationally bestselling Inspector Montalbano mysteries as well as historical novels. His books have been made into television shows in Italy and translated into thirty-two languages. His thirteenth Montalbano novel, The Potter’s Field, won the Crime Writers’ Association International Dagger Award and was long-listed for the International IMPAC Dublin Literary Award.