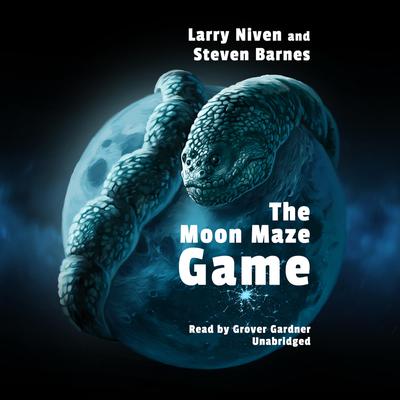 The year is 2085, and humanity has spread throughout the solar system, a stable lunar colony is agitating for independence, and lunar tourism is on the rise...Against this background, professional "Close Protection" specialist Scotty Griffin, fresh off a disastrous assignment, is offered the opportunity of a lifetime: to shepherd the teenaged heir to the Republic of Kikaya on a fabulous vacation. Ali Kikaya will participate in the first live action role-playing game conducted on the Moon itself. Having left Luna-and a treasured marriage-years ago due to a near-tragic accident, Scotty leaps at the opportunity.Live action role-playing attracts a very special sort of individual: brilliant, unpredictable, resourceful, and addicted to problem solving. By kidnapping a dozen gamers in the middle of the ultimate game, watched by more people than any other sporting event in history, they have thrown down an irresistible gauntlet: to "win" the first game that ever became "real." Pursued by armed and murderous terrorists, forced to solve gaming puzzles to stay a jump ahead, forced to juggle multiple psychological realities as they do ... this is the game for which they've prepared their entire lives, and they are going to play it for all it's worth.

Larry Niven is the multiple Hugo and Nebula Award-winning author of the Ringworld series, as well as many other science fiction masterpieces. His Footfall, coauthored with Jerry Pournelle, was a New York Times bestseller. He lives in Chatsworth, California.