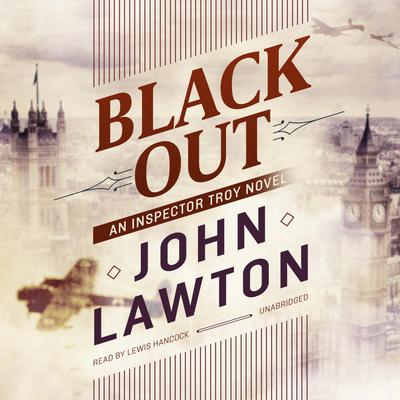 London, 1944. While the Luftwaffe makes its final assault on the already battered British capital, Londoners rush through the streets, seeking underground shelter in the midst of the city's blackout. When the panic subsides, other things begin to surface along with London's war-worn citizens. A severed arm is discovered by a group of children playing at an East End bomb site, and when Scotland Yard's Detective Sergeant Frederick Troy arrives at the scene, it becomes apparent that the dismembered body is not the work of a V-1 rocket.After Troy manages to link the severed arm to the disappearance of a refugee scientist from Nazi Germany, America's newest intelligence agency, the OSS, decides to get involved. The son of a titled Russian emigre, Troy is forced to leave the London he knows and enter a corrupt world of bloody consequences, stateless refugees, and mysterious women as he unearths a chain of secrets leading straight to the Allied high command.

John Lawton is the author of the Inspector Troy series, the Joe Wilderness series, Sweet Sunday, and 1963, a volume of history. He has also edited reissued books by H. G. Wells, D. H. Lawrence, and Joseph Conrad. His Inspector Troy novels have been named Best Books of the Year by the New York Times, Los Angeles Times, and New York Times Book Review. He lives in the north of England and Italy.