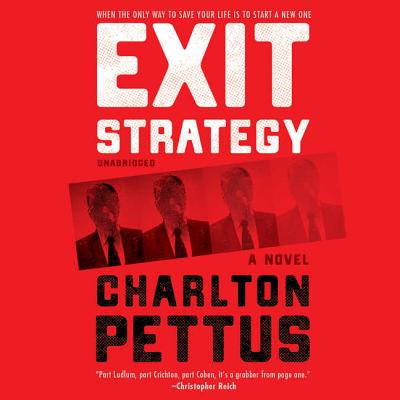 By Charlton Pettus, Will Damron (Read by)

Sometimes you just need to escape. For crooked politicians, military brass from third-world nations, and white-collar criminals looking to avoid either prison or a deadlier form of payback, there's Exit Strategy. With just one call, Exit Strategy helps these wealthy but wanted types disappear completely. They can fake your death, give you a new name and face, and launder whatever ill-gotten funds you may need to establish a new life on the other side of the world.

When Jordan Parrish, the brilliant founder of a medical technology start-up, made the call, he thought he had no other way out. With his marriage in shambles and his company on the brink of financial ruin, it seemed the only way to make things right. But after his exit, he began to wonder about the circumstances that led him to make that momentous decision. Was he just a victim of bad luck or was someone working against him? To find out, Jordan will have to break the cardinal rule of Exit Strategy: you can never, ever go back.

For fans of William Gibson, Michael Crichton, and Robert Ludlum, Charlton Pettus' Exit Strategy is a cutting-edge, globe-trotting thriller about the type of shadowy organization that most of us have long suspected exists behind the scenes.