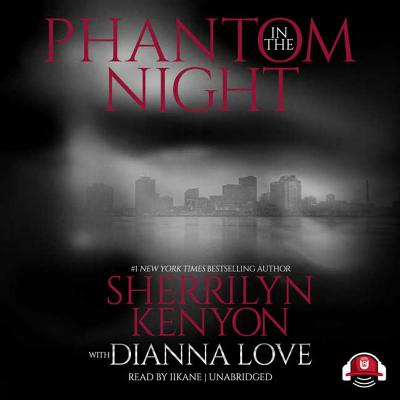 In #1 New York Times bestselling author Sherrilyn Kenyon's thrilling novel of romantic suspense, a gutsy female agent from the Bureau of American Defense encounters an elusive killer who isn't at all what he seems.

After losing her mother to a vigilante killer, Terri Mitchell has dedicated her life to justice. Working covertly as a new agent for the Bureau of American Defense agency, she's consulting with the New Orleans Police Department to bust an organized crime ring suspected of funding terrorism. But when rumors surface of a phantom ghost terrorizing and killing the very people she's investigating, she's suspicious.

Nathan Drake has spent his life protecting his family, the only thing that matters to him ... until the most feared drug lord in the southeast takes everything Nathan holds dear. Now he's a man on a mission with nothing to lose. He figures he only needs to stay alive long enough to protect the innocent lives the killers are out to destroy.