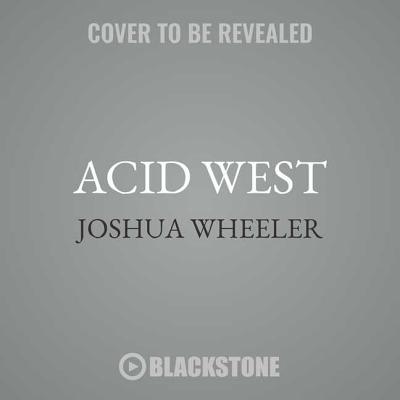 Early on July 16, 1945, Joshua Wheeler's great grandfather awoke to a flash and then a long rumble: the world's first atomic blast filled the horizon north of his ranch in Alamogordo, New Mexico. Out on the range, the cattle had been bleached white by the fallout.

Acid West, Wheeler's stunning debut collection of essays, is full of these mutated cows: vestiges of the Old West that have been transformed, suddenly and irrevocably, by innovation. Traversing the New Mexico landscape his family has called home for seven generations, Wheeler excavates and reexamines these oddities, assembling a cabinet of narrative curiosities: a man who steps from the stratosphere and free-falls to the desert; a treasure hunt for buried Atari video games; a village plagued by the legacy of atomic testing; a lonely desert spaceport; a UFO festival during the paranoid Summer of Snowden.