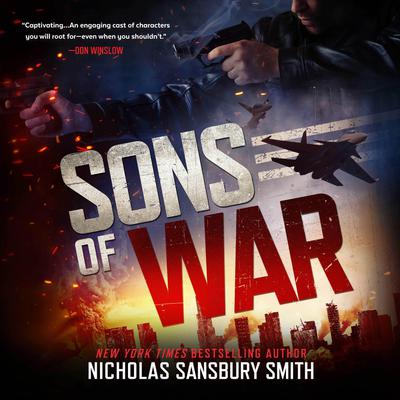 Out of the embers, a lawless new empire will rise …

Across the world, the United States recalls troops to combat civil unrest after the biggest economic meltdown in history. Marine Sergeant Ronaldo Salvatore’s platoon comes home to a powder keg that could ignite a civil war.

While some see the coming collapse as the end, others see opportunity. Fleeing Naples after rival crime lords decimated his family, Don Antonio Moretti settles in Los Angeles to rebuild his criminal empire. But he is far from alone in his ambitions—the cartel and rival gangs all want the same turf, and they will sacrifice their own soldiers and the blood of innocents to get it.

Nicholas Sansbury Smith is the New York Times and USA Today bestselling author of the Hell Divers series, the Orbs series, the Trackers series, the Extinction Cycle series, and the new Sons of War series. He worked for Iowa Homeland Security and Emergency Management in disaster mitigation before switching careers to focus on storytelling. When he isn’t writing or daydreaming about the apocalypse, he enjoys running, biking, spending time with his family, and traveling the world. He is an Ironman triathlete and lives in Iowa with his wife, their dogs, and a house full of books.