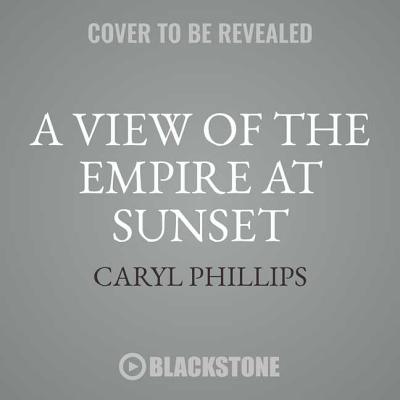 Award-winning author Caryl Phillips presents a biographical novel of the life of Jean Rhys, the author of Wide Sargasso Sea, which was written as a prequel to Jane Eyre.Caryl Phillips' A View of the Empire at Sunset is the sweeping story of the life of the woman who became known to the world as Jean Rhys. Born Ella Gwendolyn Rees Williams in Dominica at the height of the British Empire, Rhys lived in the Caribbean for only sixteen years before going to England. A View of the Empire at Sunset is a look into her tempestuous and unsatisfactory life in Edwardian England, 1920s Paris, and then again in London. Her dream had always been to one day return home to Dominica. In 1936 a forty-five-year-old Rhys was finally able to make the journey back to the Caribbean. Six weeks later she boarded a ship for England, filled with hostility for her home, never to return. Phillips's gripping new novel is equally a story about the beginning of the end of a system that had sustained Britain for two centuries but that wreaked havoc on the lives of all who lived in the shadow of the empire: both men and women, colonizer and colonized.A true literary feat, A View of the Empire at Sunset uncovers the mysteries of the past to illuminate the predicaments of the present, getting at the heart of alienation, exile, and family by offering a look into the life of one of the greatest storytellers of the twentieth century and retelling a profound story that is singularly its own.