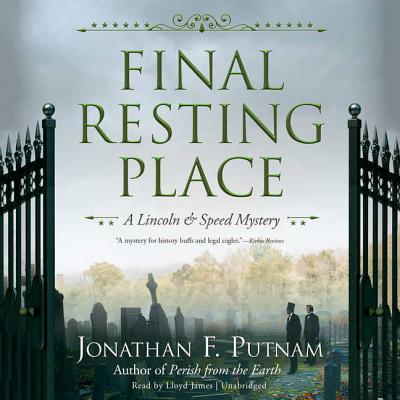 Twenty-nine-year-old Abraham Lincoln has spent his entire adult life running from his past-from the poverty of the dirt-floor log cabin where he was raised, from the dominion of his uneducated father, and from a failed early courtship. But now, Lincoln's past is racing back to haunt him.It is the summer of 1838, and Springfield is embroiled in a tumultuous, violent political season. All of Springfield's elite have gathered at a grand party to celebrate the Fourth of July. Spirits are high-until a prominent local politician is assassinated in the midst of fireworks. When his political rival is arrested, young lawyer Lincoln and his best friend Joshua Speed are back on the case to investigate. It's no ordinary trial, however, as Lincoln and Speed soon face unwelcome complications. Lincoln's ne'er-do-well father and stepbrother appear in town and threaten Lincoln's good name and political future. And before long, anonymous letters start appearing in the local newspapers, with ominous threats that make Lincoln fear for himself and his loved ones. As the day of reckoning arrives, the threats against Lincoln continue to escalate. Lincoln and Speed must identify the culprit and fast, before Lincoln loses the race to outrun his past in Final Resting Place, the brilliant third installment of Jonathan F. Putnam's acclaimed Lincoln and Speed mysteries.
or
Not Currently Available for Direct Purchase
Copyright © 2020 American Booksellers Association