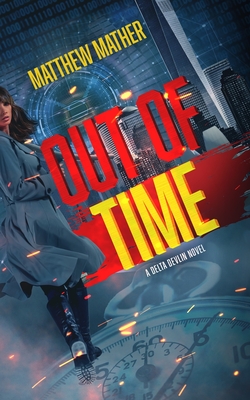 Newly promoted Marshal Devlin must stop a ruthless conspiracy that stretches across the globe--and even across the decades into the future.

Critical components of the Large Hadron Collider, the world's most powerful supercollider and largest machine ever built, have been stolen, and Delta Devlin is brought in by Interpol to investigate.

At the same time, a dead body appears washed up on the shores of the East River in Delta's hometown of New York City--one with very similar injuries to those left by the serial killer she caught to start her career.

As events in the present collide in a tangle of secrets and lies, Delta cannot trust anyone--even her family and loved ones--as her own future and past weave together in a mind-bending web that only she can unravel to stop an apocalyptic disaster from unfolding.