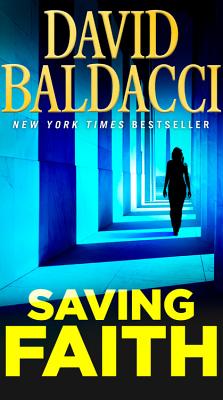 In a secluded house not far from Washington, D.C., the FBI is interviewing one of the most important witnesses it has ever had: a young woman named Faith Lockhart. For Faith has done too much, knows too much, and will tell too much.

Feared by some of the most powerful men in the world, Faith has been targeted to die. But when a private investigator walks into the middle of the assassination attempt, the shooting suddenly goes wrong, and an FBI agent is killed. Now Faith Lockhart must flee for her life--with her story, her deadly secret, and an unknown man she's forced to trust...

DAVID BALDACCI is a global #1 bestselling author, and one of the world's favorite storytellers. His books are published in over forty-five languages and in more than eighty countries, with 150 million copies sold worldwide. His works have been adapted for both feature film and television. David Baldacci is also the cofounder, along with his wife, of the Wish You Well Foundation, a nonprofit organization dedicated to supporting literacy efforts across America. Still a resident of his native Virginia, he invites you to visit him at DavidBaldacci.com and his foundation at WishYouWellFoundation.org.
Loading...
or support indie stores by buying on
(This book is on backorder)