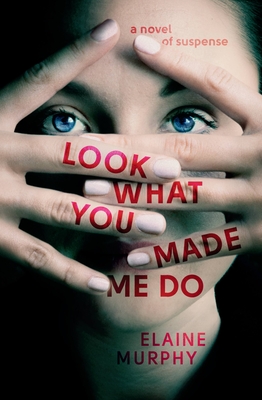 Look What You Made Me Do

A gripping thriller about a woman who must help cover the tracks of her serial killer sister -- only to discover her sibling isn't the only serial killer in town. Carrie wants a normal life. Carrie Lawrence doesn’t need a happily ever after. She’ll just settle for “after.” After a decade of helping her sister hide her victims. After a lifetime of lies. She just wants to be safe, boring, and not trekking through the woods at night with a dead body wrapped in a carpet.
Becca wants to get away with murder. Becca Lawrence doesn’t believe in happily ever after because she’s already happy. She’s gotten away with murder for a decade and has blackmailed her sister into helping her hide the evidence—what more could a girl want?
But first they have to stop a serial killer. When thirteen bodies are discovered in their small town, people are shocked. But not as shocked as Carrie, who thought she knew all the details of Becca’s sordid pastime. When Becca swears she’s not behind the grisly new crimes, they realize the town has a second serial killer who has the sisters in his sights, and what he wants is . . . Carrie.

Elaine Murphy is a Canadian author who has lived on both coasts and several places in between. Among other things, she has volunteered in Zambia, taught English in China, jumped off a bridge, and out of an airplane. She has a diploma in Writing for Film & Television but has never worked in either field. She took an interest in the dark side and began plotting suspense and thrillers. She enjoys putting ordinary people in extraordinarily difficult situations and seeing what they do about it. She lives in Vancouver, Canada.
Loading...
or support indie stores by buying on