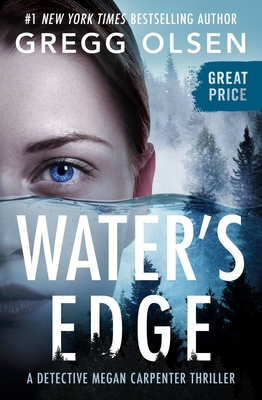 When the body of Leann Truitt is found in a secluded cove in Mystery Bay, Detective Megan Carpenter is one of the first on the scene. The victim has tell-tale marks on her wrists, ankles and neck where she has been bound. But that’s not all. Next to Leann’s body lies a puzzling clue—an unusual symbol scratched into a rock.

With rookie Deputy Ronnie Marsh under her wing and the investigation underway, Megan starts to receive disturbing messages. Someone knows about her traumatic past. They know what she did.

Determined to stay focused, Megan soon makes a chilling link between Leann’s brutal killing and the unsolved murder cases of two other women—all redheads with the same marks on their bodies, the same symbol carvings found at the crime scenes, and most shockingly, all had been pregnant.

The killer stalks his prey, kidnapping and torturing them in a very exact and methodical pattern. And he is not finished yet …

When the body of another woman is found bearing a striking resemblance to the other victims, Megan must crack the clues fast if she is to catch the twisted soul before they strike again.

Megan might be closing in on the killer, but someone is watching her every move. Can Megan hide the secrets of her past threatening to destroy her future? And can she protect herself and Ronnie before they both find themselves in terrible danger?

A #1 New York Times bestselling true-crime writer, Gregg Olsen is praised for his ability to create a detailed narrative that offers readers fascinating insights into the lives of real people and fictional characters caught in extraordinary circumstances. He has authored ten nonfiction books, over twenty novels, a novella, and a short story, which appeared in a collection edited by Lee Child. In addition to television and radio appearances, he has been featured in Redbook, USA Today, People, Salon magazine, Seattle Times, Los Angeles Times and the New York Post. He is a native of Seattle and currently lives in rural Washington state.
Loading...
or support indie stores by buying on