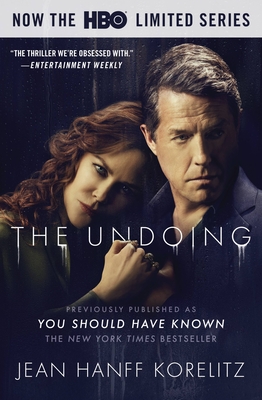 Previously Published as You Should Have Known: The Most Talked About TV Series of 2020, Now on HBO

Read the "rollickingly good literary thriller" and New York Times Bestseller -- and watch the most talked about TV series of 2020, starring Nicole Kidman and Hugh Grant.
Grace Reinhart Sachs is living the only life she ever wanted for herself. Devoted to her husband, a pediatric oncologist at a major cancer hospital, their young son Henry, and the patients she sees in her therapy practice, her days are full of familiar things: she lives in the very New York apartment in which she was raised, and sends Henry to the school she herself once attended.


Praise For The Undoing: Previously Published as You Should Have Known: The Most Talked About TV Series of 2020, Now on HBO…