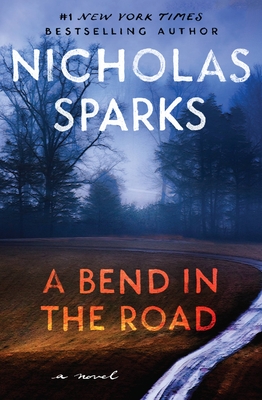 Fall in love with this small-town love story about a widower sheriff and a divorced schoolteacher searching for second chances—only to be threatened by long-held secrets of the past.
Miles Ryan's life seemed to end the day his wife was killed in a hit-and-run accident two years ago. As deputy sheriff of New Bern, North Carolina, he not only grieves for her and worries about their young son, Jonah, but longs to bring the unknown driver to justice.

Then Miles meets Sarah Andrews, Jonah's second-grade teacher. A young woman recovering from a difficult divorce, Sarah moved to New Bern hoping to start over. Tentatively, Miles and Sarah reach out to one another . . . and soon are falling in love.

But what neither realizes is that they are also bound together by a shocking secret, one that will force them to reexamine everything they believe in—including their love.


Praise For A Bend in the Road…

"Sparks has definitely mastered the art of love.”