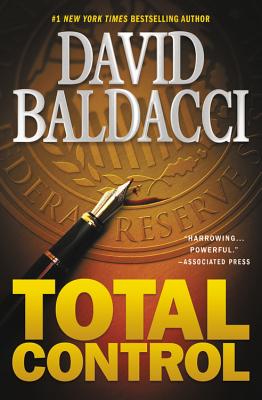 When her husband mysteriously disappears in a plane crash into the Virginia countryside, a devastated wife must sort out truth from lies in this page-turning New York Times bestseller.

Sidney Archer has it all: a husband she loves, a job at which she excels, and a cherished young daughter. Then, as a plane plummets into the Virginia countryside, everything changes. And suddenly there is no one whom Sidney Archer can trust.

Jason Archer is a rising young executive at Triton Global, the world's leading technology conglomerate. Determined to give his family the best of everything, Archer has secretly entered into a deadly game. He is about to disappear -- leaving behind a wife who must sort out his lies from his truths, an accident team that wants to know why the plane he was ticketed on crashed, and a veteran FBI agent who wants to know it all.

"Moves at the pace of a flying bullet...suspense at high speed."—Orlando Sentinel

"A crackerjack thriller...Baldacci keeps the paranoia at a fever pitch."—Flint Journal

"A lightning-paced thriller...moves along with splendid pace and believability."—St. Petersburg Times
or support indie stores by buying on
Copyright © 2020 American Booksellers Association