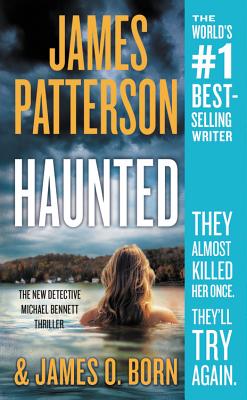 "Behind all the noise and the numbers, we shouldn't forget that no one
gets this big without amazing natural storytelling talent--which is what
James Patterson has, in spades."
—Lee Child


"It's no mystery why James Patterson is the
world's most popular thriller writer: his uncanny skill in creating
living, breathing characters we truly feel for and seamless,
lightning-fast plots. I do this for a living, and he still manages to
keep me guessing from the first to last page. Simply put: Nobody does it
better."--
—Jeffery Deaver


"Patterson's books might as well come with movie tickets as a bonus feature."
—New York Times

James Patterson holds the Guinness World Record for the most #1 New York Times bestsellers. His books have sold more than 350 million copies worldwide. He has donated more than one million books to students and soldiers and has over four hundred Teacher Education Scholarships at twenty-four college and universities. He has also donated millions to independent bookstores and school libraries.
Loading...
or support indie stores by buying on
(This book is on backorder)