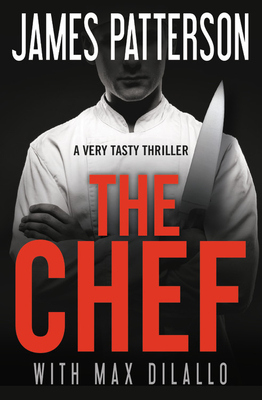 A New Orleans police detective by day and celebrity food truck chef by night, Caleb Rooney has a new title -- Louisiana's Most Wanted -- in this shocking thriller from the world's #1 bestselling author.
In the Carnival days leading up Mardi Gras, Detective Caleb Rooney comes under investigation for a murder he is accused of committing in the line of duty -- as a Major Crimes detective for the New Orleans Police Department. Has his sideline at the Killer Chef food truck given him a taste for murder?
While fighting the charges against him, Rooney makes a pair of unthinkable discoveries: His beloved city is under threat of attack . . . and these would-be terrorists may be local.
As crowds of revelers gather, Rooney follows a fearsome trail of clues, racing from outlying districts into city center. He has no idea what -- or whom -- he'll face in defense of his beloved hometown, only that innocent lives are at stake.

James Patterson is the world's bestselling author and most trusted storyteller. He has created many enduring fictional characters and series, including Alex Cross, the Women's Murder Club, Michael Bennett, Maximum Ride, Middle School, and I Funny. Among his notable literary collaborations are The President Is Missing, with President Bill Clinton, and the Max Einstein series, produced in partnership with the Albert Einstein Estate. Patterson's writing career is characterized by a single mission: to prove that there is no such thing as a person who "doesn't like to read," only people who haven't found the right book. He's given over three million books to schoolkids and the military, donated more than seventy million dollars to support education, and endowed over five thousand college scholarships for teachers. The National Book Foundation recently presented Patterson with the Literarian Award for Outstanding Service to the American Literary Community, and he is also the recipient of an Edgar Award and six Emmy Awards. He lives in Florida with his family.
or support indie stores by buying on
Copyright © 2020 American Booksellers Association