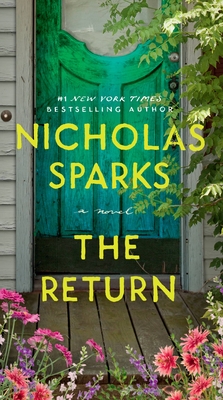 Praise For The Return…

"As much a family drama as it is a love story . . . If you, like Trevor, are looking to slow down and focus on what's really important, The Return is the heartwarming read you've been waiting for."—BookPage

"Take a trip to rural North Carolina, sit back, and enjoy the lush descriptions of the rambling creek and croaking frogs. Beautiful sunsets, meandering boat trips, exotic wildlife, buzzing bees, and small-town farmers' markets abound. Keep Trevor company as he navigates mysteries and spends time recovering from his personal demons . . . The Return [makes] for a perfect beach read or a fall/winter sitting-by-the-fire read."—Bookreporter.com

"Deeply reflective . . . Sparks's latest novel reminds [us] that we're all human . . . Will pull you in from the very first page."—POPSUGAR

"Will sweep you off your feet . . . [a] story of secrets, seduction, and forgiveness you'll want to read over and over again."—CNN Underscored

"Sparks fans will love it, and readers new to his romantic fiction will be hooked."—Northern Virginia Magazine

"The Return reads at times like a fine mystery, but with the added benefit of Sparks's mature writing in crafting a love story that will inflame his longtime fans."—Mountain Times

"[Nicholas Sparks's] descriptions of the charms of downtown New Bern and the beauty of Brices Creek made me want to . . . rush to spend a few days there."—Chatham Journal Newspaper