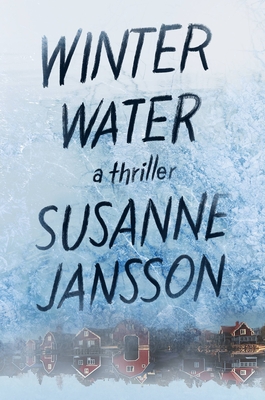 An atmospheric and compelling Swedish suspense of a parent's greatest fear realized, written by a master storyteller.
Martin, who has always been drawn to the ocean, moves his wife Alexandra and their two young children move to his family's idyllic summer cottage in the picturesque island village of Orust, on the west coast of Sweden. Martin begins to cultivate a mussel farm, where he soon runs into trouble with the locals.
One January weekend, when Martin is distracted by a ringing phone, he discovers that in those few moments, his young son has gone missing and his little red bucket is bobbing in the waves. Though his body is never found, it's ruled an accidental drowning. Martin's grief is all-consuming as he falls into a deep depression, withdrawing from his family and community.
When former police photographer Maya Linde arrives to Orust, she learns of the little boy's disappearance and decides to do some investigating of her own. Martin and Maya grow closer as they learn the hidden truths of this town and the locals who have always mythologized the ocean.
Together they make a macabre discovery: other children have tragically died in the these waves, all on the same day in January, all in the exact same spot, though decades apart. Can it really be a coincidence, or is the ocean luring the children into its depths? As Maya and Martin grapple with a threat far greater than they ever imagined, they soon realize that the truth is actually much stranger than fiction...
Set against a backdrop of the whispering ocean, Winter Water is an atmospheric and gripping suspense novel of the nature of grief and the many acts is can make us capable of.

"A bone-chillingly cool crime debut."—Paula Hawkins, #1 New York Times bestselling author of The Girl on the Train (praise for The Forbidden Place)

"This disquieting tale of loss, grief, and rekindling of hope hooks the reader from the start."—Publisher's Weekly

Susanne Jansson was born in 1972 in Åmål, Sweden. She later moved to Gothenburg to work in advertising and then to New York to study photography. After returning to Sweden, she spent her professional life combining her work as a photographer with being a freelance journalist focusing on reportage and profile stories in areas such as culture, film, music and literature. Her debut novel The Forbidden Place was published in 2017 by Grand Central and in twenty-four territories. Winter Water is her second novel. Susanne Jansson passed away in the summer of 2019 after a courageous fight with cancer.
Loading...
or support indie stores by buying on