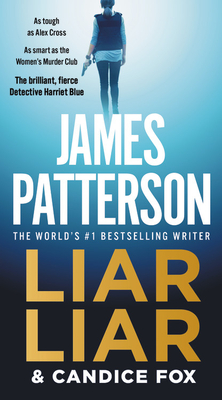 With her life on the line and nothing left to lose, Detective Harriet Blue runs from the law -- and a vicious killer -- in this thrilling New York Times bestseller.
In the space of a week, she has committed theft and fraud, resisted arrest, assaulted a police officer, and is considered a dangerous fugitive from the law.
It's all because of one man, Regan Banks. He killed the only person in the world who matters to Harriet -- and he plans to kill her next.
As she recklessly speeds toward the dark side -- and finally crosses it -- Harriet won't stop until Regan pays for the many lives he has taken.