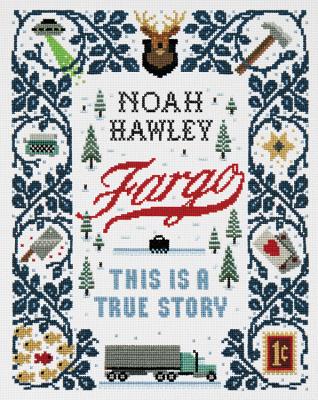 This Is a True Story

The making of the acclaimed, award-winning TV show told exactly as it occurred.

From bestselling, Edgar Award-winning author Noah Hawley (Before the Fall) comes the perfect collector's item to the hit TV show based on the film Fargo. This companion to the first three seasons of Fargo, which Hawley created and executive produced, is packed with script selections-including all three pilots-candid, behind-the-scenes photography, exclusive interviews with cast and crew, and much, much more.

Learn about what makes Lorne Malvo tick in a fascinating conversation with Billy Bob Thornton. Discover Kirsten Dunst's and Jesse Plemons's favorite scenes. Find out what it was like for Ewan McGregor to play both Stussy brothers. Hear from Patrick Wilson, Carrie Coon, Mary Elizabeth Winstead, and many others as Hawley, in this gorgeous, illuminating journey, takes you behind the curtain to reveal the making of one of the best shows on television.

Praise For Fargo: This Is a True Story…

PRAISE FOR NOAH HAWLEY AND THE FARGO TV SERIES:

Noah Hawley is an Emmy, Golden Globe, PEN, Critics' Choice, and Peabody Award-winning author, screenwriter, and producer. He has published four novels and penned the script for the feature film Lies and Alibis. He created, executive produced, and served as showrunner for ABC's My Generation and The Unusuals and was a writer and producer on the hit series Bones. Hawley is currently executive producer of the award-winning series Fargo and Legion from FX Productions and Marvel Television.
Loading...
or support indie stores by buying on