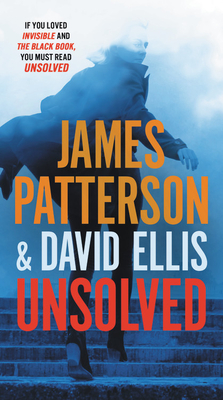 In this follow-up to the #1 bestselling thriller Invisible, every perfect murder looks like an accident, but as bodies start to pile up across the country, two FBI agents realize that something horrible is happening.

FBI agent Emmy Dockery is absolutely relentless. She's young and driven, and her unique skill at seeing connections others miss has brought her an impressive string of arrests.

But a shocking new case -- unfolding across the country -- has left her utterly baffled.

The victims all appear to have died by accident, and have seemingly nothing in common. But this many deaths can't be coincidence. And the killer is somehow one step ahead of every move Dockery makes. How?

To FBI special agent Harrison "Books" Bookman, everyone in the FBI is a suspect -- particularly Emmy Dockery (the fact that she's his ex-fiancee doesn't make it easier).

But someone else is watching Dockery. Studying, learning, waiting. Until it's the perfect time to strike.

James Patterson is the world's bestselling author and most trusted storyteller. He has created many enduring fictional characters and series, including Alex Cross, the Women's Murder Club, Michael Bennett, Maximum Ride, Middle School, and I Funny. Among his notable literary collaborations are The President Is Missing, with President Bill Clinton, and the Max Einstein series, produced in partnership with the Albert Einstein Estate.
Patterson's writing career is characterized by a single mission: to prove that there is no such thing as a person who "doesn't like to read," only people who haven't found the right book. He's given over three million books to schoolkids and the military, donated more than seventy million dollars to support education, and endowed over five thousand college scholarships for teachers. The National Book Foundation recently presented Patterson with the Literarian Award for Outstanding Service to the American Literary Community, and he is also the recipient of an Edgar Award and six Emmy Awards. He lives in Florida with his family.
David Ellis is a justice of the Illinois Appellate Court and the author of nine novels, including Line of Vision,for which he won an Edgar Award, and The Hidden Man, which earned him a 2009 Los Angeles Times Book Prize nomination.
Loading...
or support indie stores by buying on