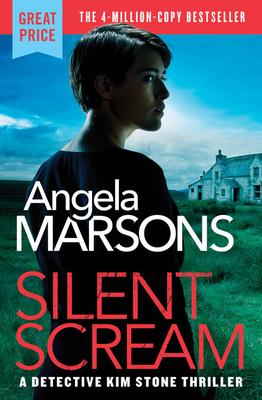 When a wave of murders sweeps through Britain's Black Country, a detective must face her past -- or risk letting a killer walk free -- in this crime novel perfect for fans of Rachel Abbott and Val McDermid.
Five figures gather round a shallow grave. They had all taken turns to dig. An adult-sized hole would have taken longer. An innocent life had been taken, but the pact had been made. Their secrets would be buried, bound in blood . . .
Years later, a headmistress is found brutally strangled, the first in a spate of gruesome murders which shock the Black Country. But when human remains are discovered at a former children's home, disturbing secrets are also unearthed. D.I. Kim Stone fast realizes she's on the hunt for a twisted individual whose killing spree spans decades. As the body count rises, Kim needs to stop the murderer before they strike again. But to catch the killer, can Kim confront the demons of her own past before it's too late?

Angela Marsons is the USA Today bestselling author of the Detective Kim Stone series, and her books have sold more than four million copies and have been translated into twenty-seven languages. She lives in the Black Country, in the West Midlands of England, with her partner and their two Golden Retrievers. She first discovered her love of writing at junior school when actual lessons came second to watching other people and quietly making up her own stories about them. Her report card invariably read "Angela would do well if she minded her own business as well as she minds other people's." After writing women's fiction, Angela turned to crime -- fictionally speaking, of course -- and developed a character that refused to go away.
Loading...
or support indie stores by buying on