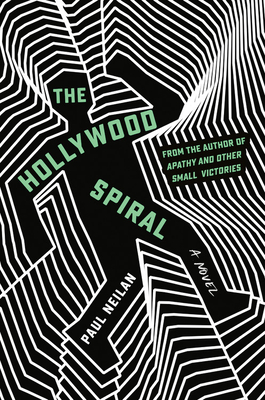 The long-awaited literary return of the author of the critically acclaimed cult classic Apathy and Other Small Victories: a darkly comic novel, set in the near future, about the race to find a missing cyber program with the power to bend reality, all before a fast-approaching comet destroys the Earth.

In the near future, after the internet grinds to a halt amid a wave of cyber-attacks, a company named Zodiac steps in to replace it with an evolved, augmented-reality version called the Grid.

Harrigan, a hard-drinking private detective living as off-Grid as possible, is about to be evicted from his apartment when a stranger shows up asking for his help in finding Anna, an escort who's absconded with more than just his heart. Turns out that through Harrigan's new client, Anna has come into possession of a program/entity called Mirror, Mirror, which has the capacity to merge the Grid and reality, bending both to the whims of the program's user.

Soon Harrigan finds himself up against the last surviving organized crime gangs in Los Angeles, Zodiac's mercenaries, and a mysterious group called the First Church Multiverse, all of whom are hot on the trail of Mirror, Mirror—if the comet rapidly approaching Earth doesn't kill them all first.


Praise For The Hollywood Spiral…

PRAISE FOR THE HOLLYWOOD SPIRAL:

“A real treat…An enthusiastically imagined world and a cast of vividly realized characters…Humorous [and] delightful.”

PRAISE FOR APATHY AND OTHER SMALL VICTORIES:

"Comprising 50% sheer brilliance, 50% distilled cynicism, and 50% coronary-inducing humor, Apathy and Other Small Victories has more life, laughs, and story on every page than should be possible."—Max Barry, author of Lexicon

"Neilan's wit is a razor that cuts and slashes mercilessly on every single page, in every single paragraph, so that your fingers will bleed even as the tears of laughter soak your face. So basically, you'll be reduced to a bloody, weeping mess, madly reading whole pages aloud as friends and family shake their heads and slowly back away."—Jonathan Tropper, author of This is Where I Leave You

Paul Neilan is the author of Apathy and Other Small Victories. He lives in New Jersey.