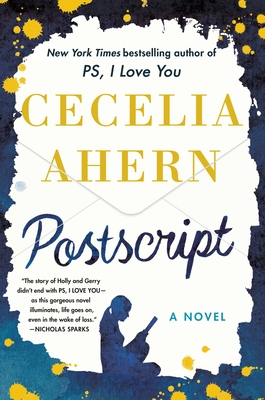 "Cecelia Ahern has done it again -- but this time with even greater reserves of compassion, wisdom, and hope. The story of Holly and Gerry didn't end with PS, I Love You -- as this gorgeous novel illuminates, life goes on, even in the wake of loss. Holly's journey, seven years on, will make every reader reflect on the many kinds of love that sustain us, and underscore that the deepest love spreads its wings far beyond the objects of our desire."—#1 New York Times bestselling author Nicholas Sparks

"A beautiful, visceral story about the ripple effect of loss, grief, and moving forward. Absolutely the sequel that PS, I Love You deserves."—Abby Jimenez, USA Today bestselling author of The Friend Zone

"Readers will want to have plenty
of tissues on hand for this lovely, touching, heartwarming sequel."—Booklist

"Each scenario tugs at the heartstrings . . . an uplifting book about the power of love."—Library Journal, Starred Review

"A poignant story about the gifts that can come with loss."—People magazine

Cecelia Ahern is the author of the international bestsellers PS, I Love You; Love, Rosie; If You Could See Me Now; There's No Place Like Here; and The Gift. Her novels have been translated into thirty-five languages and have sold more than twenty-five million copies in over fifty countries. Two of her books have been adapted as major films and she has created several TV series in the US and Germany. She lives in Dublin with her family.
Loading...
or
Not Currently Available for Direct Purchase