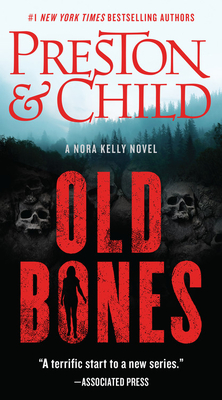 The #1 New York Times bestselling authors Preston & Child bring the true story of the ill-fated Donner Party to new life in this thrilling novel of archaeology, history, murder, and suspense.
Nora Kelly, a young curator at the Santa Fe Institute of Archaeology, is approached by historian Clive Benton with a once-in-a-lifetime proposal: to lead a team in search of the so-called "Lost Camp" of the tragic Donner Party. This was a group of pioneers who earned a terrible place in American history when they became snow-bound in the California mountains in 1847, their fate unknown until the first skeletonized survivors stumbled out of the wilderness, raving about starvation, murder-and cannibalism.

The thrillers of Douglas Preston and Lincoln Child "stand head and shoulders above their rivals" (Publishers Weekly). Preston and Child's Relic and The Cabinet of Curiosities were chosen by readers in a National Public Radio poll as being among the one hundred greatest thrillers ever written, and Relic was made into a number-one box office hit movie. They are coauthors of the famed Pendergast series and their recent novels include Verses for the Dead, City of Endless Night, The Obsidian Chamber, and Blue Labyrinth. In addition to his novels and nonfiction works (such as The Lost City of the Monkey God), Preston writes about archaeology for The New Yorker and National Geographic magazines. Lincoln Child is a Florida resident and former book editor who has published seven novels of his own, including such bestsellers as Full Wolf Moon and Deep Storm.  Readers can sign up for The Pendergast File, a monthly "strangely entertaining" newsletter from the authors, at their website, www.PrestonChild.com. The authors welcome visitors to their Facebook page, where they post regularly.
Loading...
or support indie stores by buying on