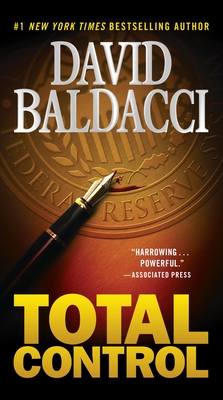 When her husband mysteriously disappears in a plane crash into the Virginia countryside, a devastated wife must sort out truth from lies in this page-turning New York Times bestseller.

Sidney Archer has it all: a husband she loves, a job at which she excels, and a cherished young daughter. Then, as a plane plummets into the Virginia countryside, everything changes. And suddenly there is no one whom Sidney Archer can trust.

Jason Archer is a rising young executive at Triton Global, the world's leading technology conglomerate. Determined to give his family the best of everything, Archer has secretly entered into a deadly game. He is about to disappear--leaving behind a wife who must sort out his lies from his truths, an accident team that wants to know why the plane he was ticketed on crashed, and a veteran FBI agent who wants to know it all

"Moves at the pace of a flying bullet...suspense at high speed."—Orlando Sentinel

"A crackerjack thriller...Baldacci keeps the paranoia at a fever pitch."—Flint Journal

"A lightning-paced thriller...moves along with splendid pace and believability."—St. Petersburg Times

David Baldacci is a global #1 bestselling author, and one of the world's favorite storytellers. His books are published in over 45 languages and in more than 80 countries, with over 130 million worldwide sales. His works have been adapted for both feature film and television. David Baldacci is also the cofounder, along with his wife, of the Wish You Well Foundation, a nonprofit organization dedicated to supporting literacy efforts across America. Still a resident of his native Virginia, he invites you to visit him at DavidBaldacci.com and his foundation at WishYouWellFoundation.org.
or
Not Currently Available for Direct Purchase