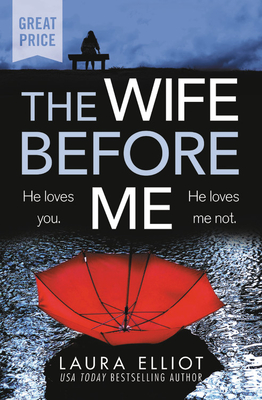 The Wife Before Me

One evening as the sun is setting, Amelia Madison's car slides into the sea off Mason's Pier. Her body is never found.
Two years later, Elena Langdon meets Nicholas Madison. She is grieving the loss of her mother, he is grieving for his wife. Together they can help each other. Now Elena is living with Nicholas. But Elena doesn't really know him. She doesn't know what he is capable of.
And she doesn't know what really happened to Amelia. Until the day she discovers the torn page of a letter and the words she reads chill her to the bone. Elena must find the person who wrote these letters if she is to save herself.
A totally breathtaking page-turner about the darker side of love and what really goes on behind closed doors. This book will have you gripped from the very first page until the dramatic final twist.

Praise For The Wife Before Me…

"Intriguing from start to finish, with meaty characters and unrelenting suspense."—Booklist on Guilty

Laura Elliot was born in Dublin, Ireland. She lives in Malahide, a picturesque, coastal town on the north side of Dublin.
Laura Elliot's novels include The Wife Before Me, The Thorn Girl, Sleep Sister, Stolen Child, The Prodigal Sister, Fragile Lies and The Betrayal.Writing as June Considine, she has twelve books for children and young adults. Her short stories have appeared in a number of teenage anthologies and have also been broadcast on the radio. She has also worked as a journalist and magazine editor.
Loading...
or support indie stores by buying on